The Blessed Month of Shaban 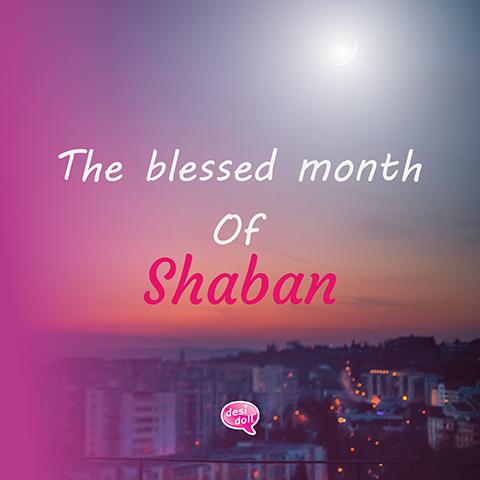 The blessed month of Shaban, (the month before Ramadan) begins on Friday 28th April 2017.

There is no doubt that every moment spent in submission to Allah سبحانه و تعالى is meaningful and special, but there are some days, nights and months which have their own significance and are superior to others. These days, nights and months have been specifically mentioned and the importance of them has been stressed by Allah سبحانه و تعالى and in Hadith of the prophet Muhammad ‎ﷺ.

One of these special months is the blessed month of Shaban. Shaban is the 8th month in the Islamic calendar and a month immediately preceding the month of Ramadan.

Since this month is singled out by Allah سبحانه و تعالى as being special and significant, let’s look at what deeds we should be performing in this month so that we are able to take maximum benefit from this it and are also able to prepare for the blessed month of Ramadan.

It is reported in Hadith that the Prophet Muhammad ﷺ used to fast most of the month in Shaban except the last few days of the month. These fasts are supererogatory (nafl).

The Prophet Muhammad ﷺ was once asked as to why he fasted so much in the month of Shaban, he replied: ‘It is a month that people neglect, between Rajab and Ramadan. It is a month in which actions are raised to the Lord of the Worlds and I love for my actions to be raised while I am fasting.” [Ahmad & Nisai]

One of the best deeds we can perform in the month of Shaban is fasting, and this is the deed Prophet ﷺ loved to be doing when his actions were raised, he ‎ﷺ  fasted on Mondays and Thursdays and also during Shaban.

‘I did not see him fasting in any month more than Shaban.’ [Bukhari] She also said: ‘The month which he loved to fast the most was Shaban’ [Al Nisai]

Other than fasting, it is recommended to send abundant prayers, peace and blessing our beloved prophet Muhammad ﷺ. It was in this month that Allah revealed this verse from Surah Al Ahzab:

Allah and His angels bestow their prayers upon the Prophet. O you who believe bestow prayers and peace upon him in abundance! [33:56]

The Prophet ‎ﷺ called Shaban his month in the following Hadith: 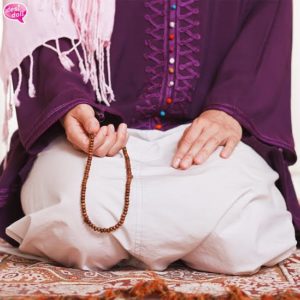 Sending prayers upon him is one of the greatest means of strengthening our connection to him in this life and also in the hereafter as he ﷺ told us ‘The closest people to me on the Day of Rising will be those who bestow the most prayers upon me.’ [Tirmidhi]

Other good acts in Shaban

During this month we should make extra efforts to recite the Quran and make a habit of this in readiness for the blessed Ramadan. Since this month has been emphasised as being special any act or good deed performed in this month will no doubt be rewarded more than any other month. We can give charity, help our brothers & sisters in need, give food to the homeless, seek forgiveness from Allah سبحانه و تعالى for our wrongdoings and ask Allah سبحانه و تعالى to guide us in every way.

The Night of nisf (mid) Shaban

Many scholars of Islam have recommended special worshiping on the night of 15th of Shaban (which falls on Thursday 11th May 2017). This is based on the following Hadith of Prophet ‎ﷺ:

This is the night occurring between 14th and 15th day of Shaban, on the night of 15th Shaban, after Maghrib or Isha prayer it is recommended to read Surah Yasin and make special supplications for good health, protection from calamities and guidance. This night has many special blessings, therefore it should be spent in worship, reflection and submission to Allah سبحانه و تعالى

May Allah سبحانه و تعالى bless us with good, guide us to success and help us attain many His pleasure in the blessed month of Shaban.

Finally we pray as our beloved prophet Muhammad ‎ﷺ did:

“O Allah bless us in Rajab and Sha`ban and enable us to reach Ramadan!” [Ahmad & Nisai]