Dates: Wisdom behind the Sunnah

Dates hold a special place in Islamic tradition and cultural practises in the Muslim world. Throughout the Holy month of Ramadan, dates are distributed amongst friends and family, and are customarily used to break the fast after sunset.

Prophet Muhammad (PBUH) is reported to have said: “if anyone of you is fasting, let him break his fast with dates. In case he does not have them, then with water. Verily water is a purifier.”

In this article we will answer the questions:

What is the wisdom behind this Prophetic practice? What is it about dates that makes them so special and hold such a distinct place in the hearts of Muslims?

Dates and date palms are mentioned twenty times in the Quran, indicating their important place in Islamic tradition. 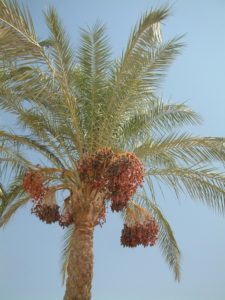 And in the earth are tracts (diverse though) neighbouring, and gardens of vines and fields sown with corn, and palm trees – growing out of single roots or otherwise: watered with
the same water, yet some of them We make more excellent than others to eat. Behold, verily in these things there are signs for those who understand! (Quran 13:4)

And thereby He brings forth for you crops, and olives, and palms, and vines, and all kinds of fruit. Surely in that is a sign for a people who reflect. (Quran 16:11)

It was reported that the Messenger of Allah (pbuh) likened the date palm to a believer:

“There is a tree amongst trees, the leaves of which do not wither and that is like a Muslim; tell me which that (tree) can be? The people began to think of the trees of the forest. Abdullah said: I thought that it could be the date-palm tree, but I felt hesitant (to say that). They (the Companions) then said: Allah’s Messenger, (kindly) tell us which that can be? Thereupon he said: It is the date-palm tree. I made a mention of that to ‘Umar, whereupon he said: Had you said that it meant the date-palm tree, this statement of yours (would have been dearer to me) than such and such things.” (‘Abdullah b. Umar) 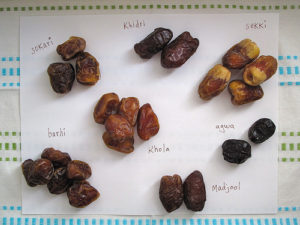 There are many different varieties of dates, all of which have tremendous health benefits. Dates are known to contain seven vitamins and eleven minerals, which is far more than any other fruit can offer. These can be categorised into three main types:

Examples of the semidry include Dayri, Deglet Noor, and Zahidi

The most commonly known is the Thoory variety.

“The Ajwah date is an excellent remedy.” (Bukhari and Muslim)

“Ajwah is from Paradise and contains an antidote against poison.” (at-Tirmidhi) 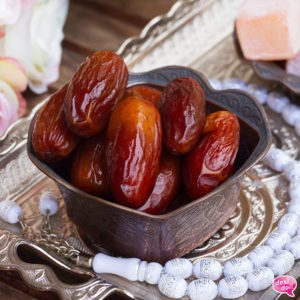 It is reported that the Prophet (pbuh) preferred to break his fast with fresh dates, however if there were none, he would consume dried dates. It was his practice to combine the dates with bread, cucumber or ghee.

Today scientific evidence is proving there is wisdom behind these Prophetic practices. Numerous health benefits are being discovered in clinical trials, that Muslims have known for centuries.

It has been reported that Saidina Aisha (r.a.) was predisposed to being underweight, and found the only food that improve her weight was consuming dates with cucumber.

Dates are made up of high levels of natural fibres which have a laxative effect on the body. Their nicotinic content reduces the occurrence of intestinal disorders and encourages the growth of ‘friendly’ bacteria. Furthermore, their high potassium content can help in the treatment of diarrhoea. They have also some evidence to suggest they reduce the risk of developing abdominal and colon cancers.

The high levels of Magnesium in dates have an anti-inflammatory effect on the body, which reduces the risk of cardio-vascular disease, arthritis and Alzheimers. It also acts to reduce elevated blood pressure and treat Iron-deficiency anaemia

In the Quran, when Maryam (as), the mother of Prophet Esa (as), was experiencing the pains of child-birth, she was told to,

“Shake the trunk of the palm towards you and fresh, ripe dates will drop down onto you.” (19:23)

Recently evidence has been found to support this Surah. In a study in Jordan in 2011, scientists found that women who ate six days a day, in the four weeks prior to labour, had significantly improved labour and needed less intervention (induction, forceps etc.) than those who had not eaten dates.

Dieticians also recommend that breast-feeding women eat dates as they enrich the milk and have an anti-depressant effect on the mother.

There is no doubt that dates contain a plethora of health benefits. However, why does the Prophet (pbuh) place such emphasis on breaking the fast with them?

Benefits of Breaking the Fast with Dates

Modern medicine in now discovering the health benefits of dates and proving the wisdom behind this Sunnah.

When you are distributing dates this Ramadan; to friends, family or neighbours, you could include a little note in the gift bag describing some of the cures they contain. It is truly incredible that there is so much benefit contained in such a small fruit! 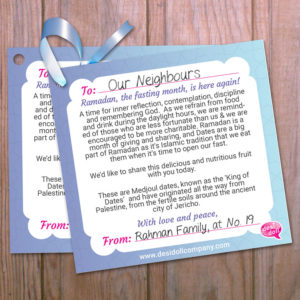 We’ve created a downloadable note template for your gifts! Download the template below:

What are your favourite dates? Do your family have any date recipes they like to use in Ramadan? Have you found that dates helped to cure or treat any illnesses in your home? Please share with us in the comments below.