The Islamic New Year: What it means and why it matters! 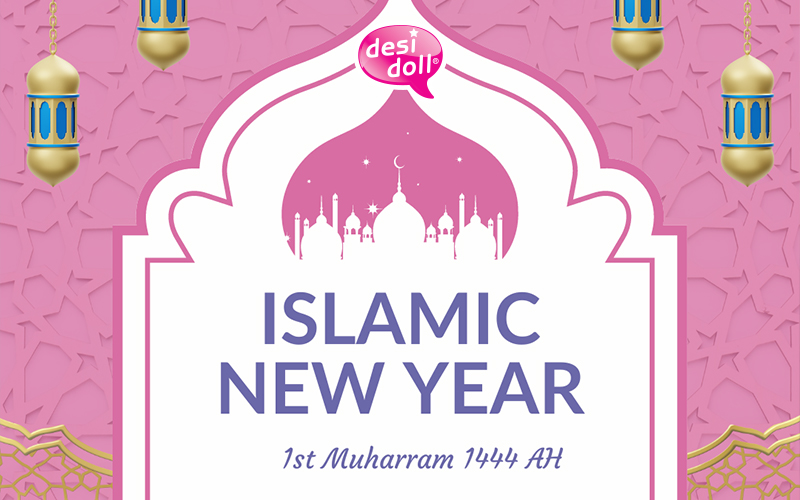 We’re into a new Hijri year! The Islamic New Year began on the 1st of Muharram (30th July). This is a time when Muslims across the globe reflect on the Blessings that Allah has bestowed upon them the previous year, as well as reflect on what they have learnt from their trials and difficulties. It is a time of gratitude and we pray that we are given another year in His worship as believers.

Allah (SWT) teaches us that Muharram is one of the four sacred months in the Hijri calendar:

“Verily, the number of months with Allah is twelve months (in a year), so it was ordained by Allah on the Day when He created the heavens and the earth; of them, four are sacred. That is the right religion, so wrong not yourselves therein … ” Al-Qur’an 9:36

What is a Sacred Month?

A sacred month is one in which Allah (SWT) has distinguished from other months. It is a time when the status of good deeds is elevated, and the consequences of bad deeds is worsened. The sacred months are a time when one should make more effort to remember Allah (SWT) and engage in as much worship as possible.

“The Messenger of Allah (SAW) said: ‘The best of fasting after Ramadan is fasting Allah’s month of Muharram.’ ” (Muslim)

What is the significance of the 10th of Muharram?

The 10th of Muharram, also known as the Day of Ashura, holds a special place in the hearts of Muslims. It is the day when Prophet Musa (AS) and his followers escaped from persecution, and the evil Pharaoh and his army, were drowned in the Red sea.

It is a story of hope and trust in Allah. As Prophet Musa stood on the shores of the Red Sea, surrounded by believing men, women and young children, he saw the armies of the Pharaoh approaching. Did he panic? Did he lose hope. No! The people around him became frightened. Where had Prophet Musa (AS) taken them? How were they ever going to escape:

“And when the two hosts saw each other, the companions of Musa (Moses) said: “We are sure to be overtaken.” (Quran 26:61)

As soon as he had said these words of complete certainty, Allah (SWT) revealed:

“Then We revealed to Musa (Moses) (saying): “Strike the sea with your stick.” And it parted, and each separate part (of that sea water) became like huge mountain.
Then We brought near the others [Fir’aun’s party] to that place.
and We saved Musa (Moses) and all those with him.
Then We drowned the others.” (Quran 26:63-6)

The day of Ashura is a day to remember that Allah is with the believers and, ultimately, there will be justice. In today’s society, where ever News Channel shows the Ummah in a negative light, it is easy for us to slip into a state of hopelessness and despair. Instead, follow the example of Prophet Musa (AS) and have tawaakul (trust) in Allah. Hope in His Mercy and have certainty that the believers will triumph in the end, just as good triumphed over evil for Prophet Musa.

Fasting on the Day of Ashura

Muslims around the world fast on the 10th of Muharram to remember and celebrate the victory of Prophet Musa (AS), as was the practice of Prophet Muhammad (SAW):

Ibn ‘Abbas (may Allah be pleased with them both) said:

“I never saw the Messenger of Allah (SAW) so keen to fast any day and give it priority over any other than this day, the day of ‘Ashura’, and this month, meaning Ramadhan.” (Al-Bukhari)

Abu Qatada (Radiyallahu ‘anh) relates that the Holy Prophet (Sallallahu ‘alayhi wa Sallam) said that the fast on the 10th of Muharram atones for the sins of the preceding year. [Sahih Muslim]

It is reported that when the Prophet (SAW) arrived in Madinah in 622 CE, he found that the Jews were fasting on 10th Muharram. He asked them why and they replied, “This is a blessed day. On this day Allah saved the Children of Israel from their enemy and so Prophet Musa fasted on this day giving thanks to Allah.”

“We are closer to Musa than you are.” (Muslim, Bukhari)

So Muslims across the world fast on the 10th of Muharram, as well as the 9th or 11th to distinguish themselves from the Jews and Christians.

As we honour this day, we honour every day that is honoured by and that is close to Rasulullah (sallallahu alayhi wasalam).

Finally we congratulate the Ummah on the new year, and InshAllah may it be a year of khayr (blessings),rahma (mercy), forgiveness, prosperity and unity for the Ummah of Rasulullah (sallallahu alayhi wasalam), and we ask Allah (subhana wa ta’ala) to make us closer to Him.

Make goals for the coming year, and increase in your personal worship.

Remember, have trust in Allah for:

Have you set goals for the coming Hijri year? What lessons have you learnt from the story of Prophet Musa (A.S.). Please let us know in the comments section below.